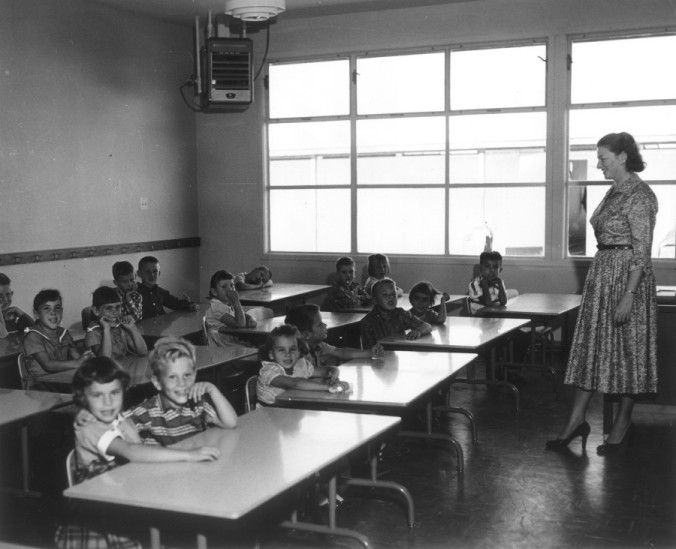 This first picture is a great look inside an elementary class in the old X and Y buildings. These were the temporary buildings that were built across from the Catholic Church, but I think they pre-dated that church. Maybe you were in this picture. If so, leave a comment and let me know. This teacher looks familiar, but I don’t have a name to go with the face. I remember those light fixtures and the heaters in the corner, hanging from the ceiling. The boy and girl closest to the photographer look pretty chummy. 😉 These pictures are undated, but have to be early 60s. 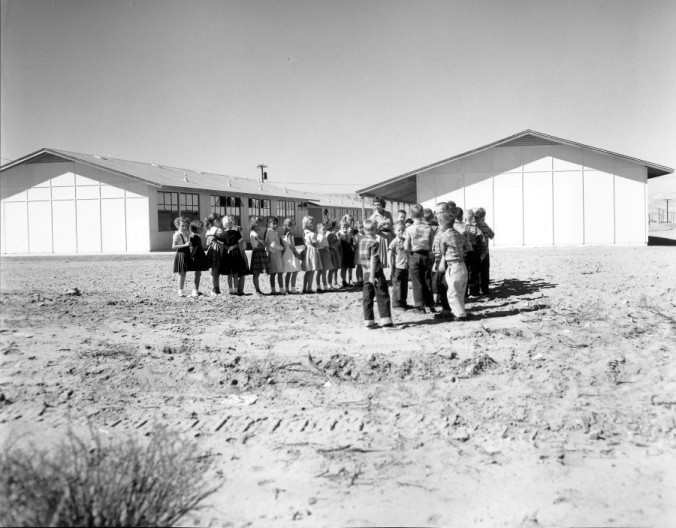 The photo above is an outdoor shot taken from the east-ish end of the buildings, looking west. 7th Avenue (Lake Powell BLVD) and the Catholic Church are to the left of this picture. Are you in this, or do you recognize anyone in it? If so, please leave a comment. When you itch, you gotta scratch!

Below is a view of the X and Y Buildings from the opposite end. This was taken from the loop that was used for drop-off and pick-up. The trailers to the right were probably part of the temporary trailers located on (then) 7th Avenue, near the (future) Catholic Church. 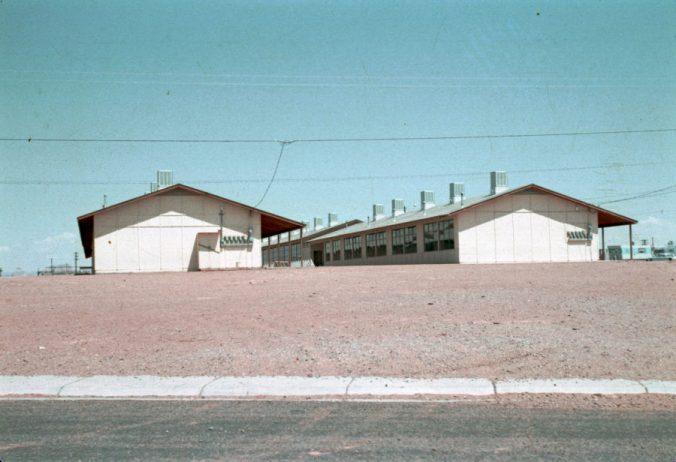 The picture below is a look at X and Y Buildings under construction, looking from 7th Avenue.  This one is late 50s or very early 60s. The temporary trailer court for MCS workers is either behind or to the right of the photographer. 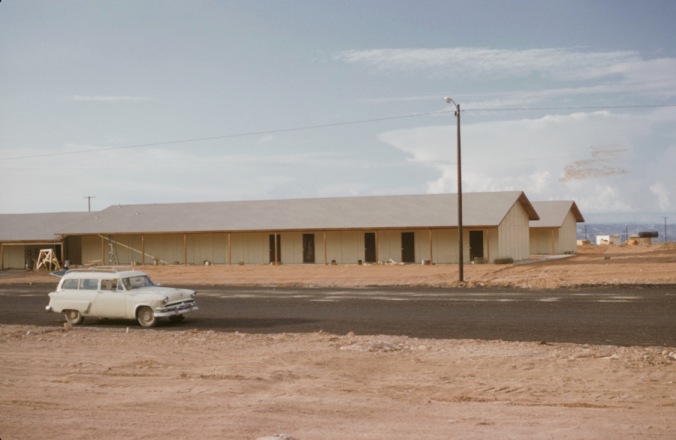 Here’s a few more random shots for you. Who remembers this ice cream machine? It sat in the breezeway between the gym (C Building) and D Building, against the gym wall. I used to love this thing. This pic is from a 1961 yearbook.

Here’s the 1959 graduating class. This graduation was held in the USBR warehouse. There may have been other graduations in this building, but this is the only one I have. 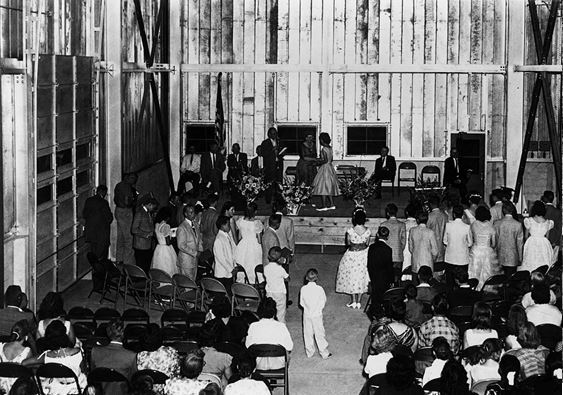 Here’s the 1961 basketball team in front of the newly constructed A and B Buildings. You know who you are… 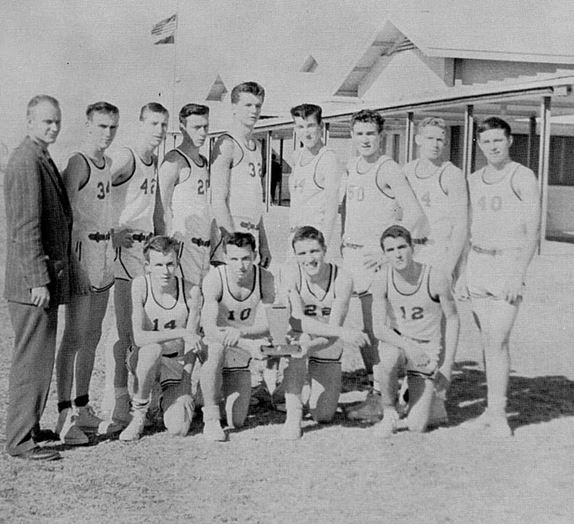